With awe-inspiring interiors and exteriors, superyachts are built to offer their guests unparalleled experiences on the ocean. Not only can superyachts travel to an almost unlimited number of locations, but with the exquisite accommodations and amenities on board the vessels are capable of matching their spectacular voyage destinations. In recent years, a focus on connecting with the natural surroundings while sailing has emerged. This has lead to yacht owners requesting larger areas of uninterrupted glazing in their yachts to give guests impressive scenic views.

In response to the demand for larger transparency, MULTI.engineering has partnered with Ghent University to support the doctoral research project of one of its engineering experts, Danie Wium, on the use of glass as a load bearing component in a superyacht. The aim of the study is to develop general design principles and methods of integrating structural glass in superyachts. This will enable innovative designs which go significantly beyond the current state of the art and which will be highly appealing to superyacht builders and owners. The research will address the structural issues which have arisen due to the interest in large yacht windows.

As the dimensions of windows in superyachts have increased so have the structural requirements of the surrounding components of the yacht. In the shipbuilding industry, glass is considered to be structurally independent of adjacent structure and the transfer of loads from the yacht’s structure onto the glass panes of windows are avoided. The reason for this being glass’s high brittleness and the significant scatter on its strength. Furthermore, there are no marine regulations for glass in a yacht’s structure other than its use as window panes. As a result, yachtbuilders still resort to using conventional structural materials for load bearing applications and large windows in superyachts can be considered to be large holes in the yacht’s structure when referring to its overall stiffness.

Glass as a reliable structural material

A solution to this problem is to allow glass to bear some of the loads within the yacht’s structure. This would reduce the structural burden of adjacent metal components, which typically impairs visibility towards the outside, and could lead to less obtrusive components and more transparency overall. Structural glass has proven to be a reliable structural material in buildings for similar purposes. However, the transfer of the technology from land to sea has been prohibited by the challenges arising from the significant differences between land-based constructions and ships.

In this research project, four aspects which have been identified as essential for the integration of structural glass will be addressed. These aspects are the structural requirements of a superyacht, the strength and stiffness of structural glass components, the behaviour of the connections between glass and metal components, and the durability and performance of structural glass in the marine environment. The project will focus on integrating glass into the superstructure as it is here where large living spaces are typically located, which would benefit the most from an increase in transparency.

The loads that were considered during the analysis were derived from the conditions the yacht will experience in head sea and beam sea waves. In head seas, longitudinal bending of the yacht is prominent while in beam seas transverse accelerations are of concern. Calculating loading conditions which cause realistic deformation of the superstructure was a challenging task in itself, and the classification society Lloyd’s Register was consulted during the formulation of the load cases.

The results of the global finite element study give insight into the extent to which the deformation of the yacht impacts the strains within the glass, taking into account the location of the glass structure, the size of the glass structure, and the structural layout and dimensions of the superyacht. Preliminary results indicate that the strains in the glass structures caused by the deformation of the hull are significantly less compared to strains caused by local loads (local pressure, inertial acceleration and gravity). The contribution of the glass structure to the overall stiffness of the superyacht is also minimal. This can be attributed to the difference in young’s modulus of the aluminium superstructure and the steel hull. Notably, the highest stresses in the glass occurred at the interface with the aluminium structure. Here, simple rigid connections were used to connect the glass to metal, which caused these stress peaks. The challenge for the next phase of the project is to reduce these stress concentrations by paying closer attention to the connection methods.

Following the global study, more detailed analyses will be conducted on the glass structure subject to local loads alone. During this phase the use of structural adhesives in the connections between glass and aluminium will be investigated. Adhesives have the ability to distribute loads evenly, thereby reducing stress concentrations. However, their ability to withstand the derived loads and their long term durability will be the subject of further investigations.

MULTI.engineering has partnered with Ghent University to support the doctoral research project of one of its engineering experts, Danie Wium, on the use of glass as a load bearing component in a superyacht 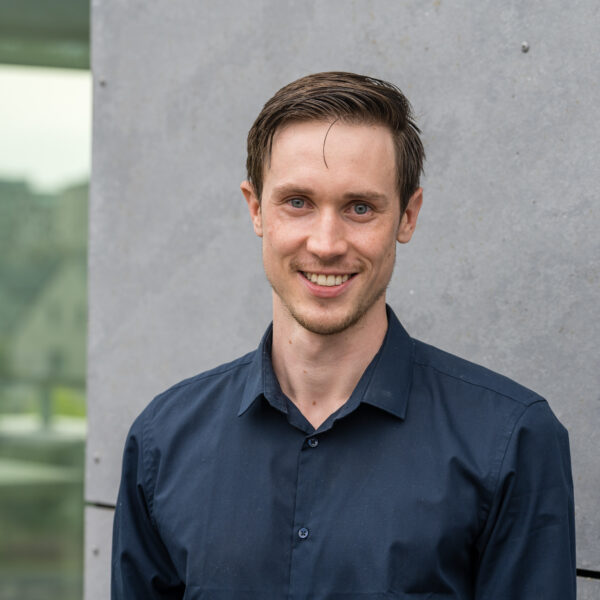 Greener shipping – A must, but how do you get started?