MULTI.engineering is participating in the construction of the Green Jade, a ship specially designed for large-scale offshore wind energy projects. The client is CDWE, a joint venture between DEME Group and CSBC Corporation of Taiwan. We talked to Project Manager Jeroen Vanden Branden about what makes the Green Jade so revolutionary.

A lot of young boys dream about becoming a fireman, a pilot, or a professional football player when they grow up. But not Jeroen Vanden Branden. Since his early teens, he's had a very different dream: he wanted to grow up and design ships. And his dream came true when he completed his studies in civil engineering, with a specialization in shipbuilding, and went straight to work at the DEME Group. "The fact that I'm so passionate about designing ships is not all that surprising, really. My father was an architect, and sailing has always been one of my hobbies. So, what other job was I going to find where I could combine the design skills of an architect with an interest in boats? As a kid, I always hoped I would get to work internationally. What I really wanted was to be involved in building new ships, and to do it for a Belgian shipbuilder. My first contact with the DEME Group came when I was 14. Friends of my parents had ties with the company, and they invited me to the company several times. Every time it was a feast for my eyes. So when in 2007 I got the chance to go to work at the DEME Group, it was a dream come true, and I jumped at the chance. I started in the maintenance department as the head of technical management on a project involving a dredger in the Middle East. Later, I moved into the new construction side, first as a project engineer and later as a project manager. That took me to Singapore, and from there to South Korea, Belgium, Croatia and China. Today, I'm based in Taiwan."

That's where you're part of the construction of the Green Jade, a ground-breaking ship in the offshore wind energy sector.

Jeroen Vanden Branden: That's right. I'm the Project Manager on the design and construction of the ship. It's a big offshore technical services vessel, made specifically for the offshore wind industry. This project is being done for CDWE, which is short for CSBC-DEME Wind Engineering Co., Ltd., a joint venture partnership between CSBC Corporation and DEME Offshore.

Even though the Green Jade has a number of real standout innovations, it also has a lot of similarities with the Orion, another ship that DEME Group built, and I managed that project as well.

What makes the Green Jade so special?

Jeroen Vanden Branden: It's the first floating DP3 ship for heavy lifting operations and technical services to be built in Taiwan. The Green Jade is 216.5 metres long and combines a phenomenal transport and loading capacity and very high lifting height with green technology. With her 4,000-tonne-capacity crane, the Green Jade can load and transport multiple next-generation multi-megawatt turbines, jackets and parts all in one go. She can also lay the mega monopile foundations and jackets at very great depths. And the ecological aspect is also important: we've got the dual-fuel motors, the SCR system for exhaust gas after treatment for fine particles, and the Green Passport. Furthermore, the ABS ENVIRO+ notation means even stricter compliance with environmental requirements for ships than the law prescribes, and with SEEMP we also worked out an operational management plan for the ship to make energy management on board as efficient as possible. Finally, we also built a system for recovery of residual heat: the heat from the exhaust gases and cooling water is converted into electrical energy.

How exactly do you go about building an offshore wind construction like this?

Jeroen Vanden Branden: The jacket, a technically complex structure over 80 m high and 2,000 tons in weight, is placed on the sea floor. The top piece of it rises from the water, and that's where the turbine gets installed.

The Green Jade is the first ship that can build this type of construction from the water. In the past, these structures were transported to the location by boat, but then the ship had to stand on the sea floor with "legs" to basically recreate the stability of conditions on land. This is, from a technical standpoint, simpler, but takes longer and requires more expensive ships. With the Green Jade we can do this work much more efficiently.

Where does the name Green Jade come from, actually?

Jeroen Vanden Branden: Jade Mountain is the highest mountain in Taiwan. The combination of green, or sustainable, energy and the mountain led to the name Green Jade.

What challenges have you faced during the design and building of the ship?

Jeroen Vanden Branden: The fact that the ship is very much like the Orion makes the technical side of the design somewhat easier. It means I've seen most of it before. But the construction did go less smoothly than expected, because the shipyard isn't really very familiar with building this type of ship. Actually there's only a few shipyards in the world that have that experience. This shipyard in Taiwan normally only builds container ships and bulk carriers. But this is totally different, so that entails certain challenges.

To tackle them, we and the DEME Group had to partially step out of the owner's role and into a shipyard role. But for that, you need qualified people. And we found those people at MULTI.engineering. They help us keep the construction moving. It concerns two employees from MULTI.engineering who we've put in the position of Outfitting Coordinator, one after the other. That position means that they are responsible for the efficient and safe organisation and coordination of the outfitting work on a certain part of the ship. They get daily briefings on the outfitting in various places in the ship in the right order, the drafting of timelines, estimates, management of manpower, etc.

So as Project Manager, you're heading up a large and diverse team, then?

Jeroen Vanden Branden: Absolutely. There's 11 nationalities on the project team, although most are Taiwanese. Then you've got a number of DEME Group employees, and external professionals like the people from MULTI.engineering. The core team is about 45 employees. Then, if you add up all the workers in the shipyard, you come out over 1,000.

What are you most proud of about this project?

Jeroen Vanden Branden: That we succeeded in making a real team out of all these people, while keeping the joint venture structure intact – that is, both within the DEME Group and the whole shipyard team. Due to the specific nature of this project, we had to convince a lot of people to let go of their traditional ways of working. That's anything but obvious, and it took a lot of time, but everyone believes in the project and we all support each other. In short, we succeeded in forging a strong relationship of trust within the core team of the project. And that's something we can be proud of.

The employees of MULTI.engineering are, primarily, working for the shipyard. For them it's important to stay sufficiently open-minded, be able to deal with different cultures, different ways of thinking... and generally be resilient. When something doesn't go as planned, they can't let that throw them off their game. But that hasn't happened yet because so far everything's been going right.

What added value do the MULTI.engineering experts bring to the project?

Everyone believes in the project and we all support each other. In short, we succeeded in forging a strong relationship of trust within the core team of the project. And that's something we can be proud of. 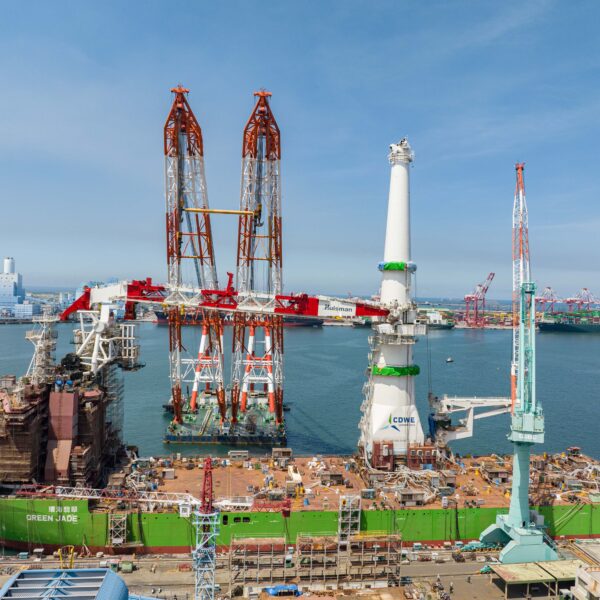 How to integrate structural glass in superyachts?